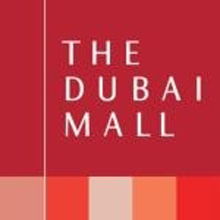 Dubai real estate is brewing with news about many upcoming mega projects and expansion of existing projects that are known worldwide for their size and influence. One such expansion is that of Dubai Mall, which, according to Emaar, will have another 1 million square feet added to its already huge area of over 12 million square feet. As soon as Emaar released details on this expansion plan, value of its shares increased by 2.19%.

Emaar, being the largest real estate developer of the UAE, has huge influence on the region’s property sector. Many building and communities that have become iconic to Dubai, including Burj Khalifa, Dubai Marina, Arabian Ranches, Emirates Hills and Downtown Dubai, are developed by Emaar. When it comes to the development of new commercial, residential, industrial and corporate projects in the UAE, Emaar is the name behind it. As an international developer, Emaar has delivered projects in America, Turkey, Egypt, Australia, Pakistan, India, Indonesia, and Saudi Arab.

The expansion plan for Dubai Mall includes addition of more retail outlets, hotels, apartments and commercial units. According to Emaar, expansion of Dubai Mall is inevitable since the number of people who visit here each year is notably increasing. More than 200 million people have visited the Mall since its opening in Nov 2008. The high-end shopping status of Dubai needs to be complemented with addition of retail boulevards like that planned for Dubai Mall.

Dubai’s retail sector is one of the biggest attractions of the state and has earned it the status of an ultimate shopping destination for over 2.5 billion people who can reach here in 4 hours by air. Emaar has sensed the expected high competition in this sector and thus taken the first step by expanding the world’s largest shopping mall with addition of excellent hotels, luxury apartments and some of the finest retail outlets of the region.

Leave feedback using the form below.

Enable/disable the mobile view of the website for smaller browsers.